Reality is detailed. Mostly. Most of our time. This detail is outside us, we are a part of it. We are a detail. Is “detail” automatically realism? Is there automatic logic using film realism? Have we convinced them, or tricked them, giving them easy viewing, the answer with the question?

Photography’s original sin was illusion. A slight of hand to fool the eye, and get your interest- spelled “m o n e y.”

The need for detail varies, almost inversely with the skill of the maker. The more skilled you become, the less need for rendering details — telling everything. You will leave out details, not to avoid meaning, but to make meaning. Give space between the notes. Allow the actor to have say in their words. More is better, when it gets you further.

Accepting some reduction, isn’t a defect, it is understanding what matters, even how to give them more meaning. This won’t be clear to the engineer, nor the accountant, for whom every omission is an error, every elimination an oversight.

Daguerre was a diligent worker, but hardly an original. He used the camera to fool the crowd, pleasing them and his bank. His work had more talent for revelation than he did.

The hand of a much better illusionist –Albrecht Dürer

What makes this image so effective? 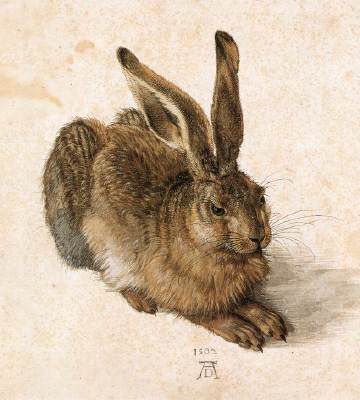 Is it the detail? look closer. There is detail, but not as much as the rabbit had. Nor is there as much detail as would be captured with today’s best glass and chip. Yet the image is legible. More importantly, it answers “if looks could feel,” questions. This image captures the imagination of the view, but doesn’t limit it. You can start here, but it doesn’t prevent you from further imaginings. The rabbit has both soft fur and coarse fur.

What is your haptic belief, or need?

This could sell children’s clothing, furniture, even makeup. It, of course, wasn’t designed as an ad. It was meant by the artist to be complete, not edited. It presents itself completely,legibly, with only enough detail to achieve the goal of the artist. We know, because he stopped working on it, stamped it boldly with his strike.

Details fall apart. We want to know, to understand more, so we ask film to answer all questions. The Zapruder film was a witness, but it was limited, flawed. Antonioni provides us details, but incomplete narrative. 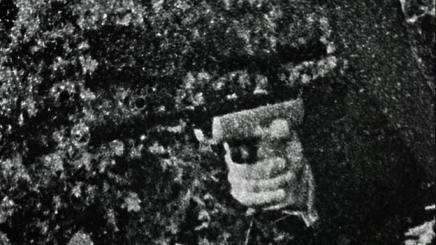 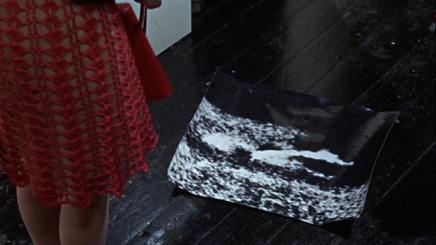 A gun – but was it an act(or); a murder that was witnessed from a distance through a camera. Who shot what?

It is the picture that counts, not the pixels.

The journey of detail is the staircasing of reality from transcribed to controlled, from understanding to adulation, to adoration. We travel into a fog; from realization to adoration.

The eye only collects. It is the brain that sees